All that glistens is not gold. The words of Shakespeare
could not have been more true in the case where the
Trustees of the Body Corporates’ found their perceived
nest egg suddenly turned to dust in two High Court decisions.

The question regarding the position of created exclusive use areas which, for some reason, did not follow the sequential order of transaction when the affected section was transferred to a successor in title, has for many years been a contentious issue: Body Corporates on the one hand, believed that since the exclusive use area vested in it, ex lege, such exclusive use area became its property, whilst the subsequent section owner, on the other hand, wished to claim proprietary rights thereto.

In his book, Sectional Titles, Share Blocks and Time-Sharing (Service Issue 3 of 1999), Prof Cornie van der Merwe remarks that the introduction of the provisions of Section 27 of the Sectional Titles Act of 1986 (“the Act”) precluded a developer to retain the exclusive use areas in a scheme as a lucrative nest-egg, after he no longer owns a section in the sectional title scheme. Many Body Corporates or more accurately its trustees, claimed this very benefit for themselves until the true ambit of the provisions of Section 27 of the Act were scrutinised by the Cape High Court in 2 cases.

The applicable sections under scrutiny are:

Section 27(4) (b):  If an owner ceases to be a member of the body corporate in terms of section 2(3) of the Sectional Titles Schemes Management Act, any right to an exclusive use area still registered in his or her name vests in the body corporate free from any mortgage bond.

Section 27(1)(c):  If a developer ceases to be a member of the body corporate as contemplated in section 2 (2) of the Sectional Titles Schemes Management Act, any right to an exclusive use area still registered in his or her name vests in the body corporate free from any mortgage bond.

The Act is also silent on what happens after the issue of such certificate. However, in light of the development of Sectional Title Law since 1971 and the amendments to the Act, the intention of the legislature was to ensure that the exclusive use rights are not lost by virtue of the fact that the sequential cession of such rights did not occur simultaneously with the transfer of a section.

Differently put, it could not have been the intention of the legislature to enrich the Body Corporate at the expense of someone, who may have acquired such right by virtue of sale or otherwise.  The Body Corporate cannot gain because of an administrative oversight and therefore cannot be said to have acquired a windfall of a lucrative nest-egg.

Recent case law regarding Section 27(4)(b) of the Act:

In Le Roux v Dunrobin Body Corporate and Scheer 10268/2019 (2020) ZAWCHC 53 (9 June 2020) the Western Cape High Court was approached by the applicant for relief over a dispute regarding the rights to a parking bay. In this case, the exclusive use right vested in the Body Corporate due to the failure to cede the exclusive use right to the successor in title when he acquired the section in the scheme.  The court found in the applicant’s favour that it could not have been the intention of the legislature to enrich the Body Corporate at the expense of the purchaser in such a peculiar predicament.

Section 33(1) of the Deeds Registries Act provides that any person who acquired in any manner, other than  by  expropriation, the right to ownership of immovable property may proceed to obtain the appropriate relief. As such, the Court found that section 33(1) of the Deeds Registries Act may be used to compel cession of the exclusive use area from the Body Corporate, without the need for the Body Corporate to pass a unanimous resolution to this effect.   In any event, the requirements of the creation and delineation of exclusive use areas are anterior steps and need not be repeated.

It appears that the operation of this provision in the Deeds Registries Act is reminiscent of a rei vindicatio and that once the rightful entitlement or ownership to such exclusive use right is demonstrated, the Body Corporate would be compelled to effect cession thereof to the true cedent- apparent, without compensation.

Recent case law regarding Section 27 (1)(c) of the Act

The question pertaining to the status of exclusive use rights which did not follow the transaction sequence was again ventilated in the recent case Diaz Hotel and Resort (Proprietary) Limited v Body Corporate of the Vista Bonita Sectional Titles Scheme No SS 357/2008 and Another (15175/2019) [2021] ZAWCHC 180 (31 August 2021).  In this matter the exclusive use areas remained registered in the name of the developer and did not follow the transaction sequence and as a result vested in the Body Corporate.  The question needing answering was whether the Body Corporate could be compelled to effect cession of the exclusive use areas.

It is worth mentioning that the applicant in this case gave notice of its intention to have section 27(1)(c) of the Act declared constitutionally invalid insofar as it arbitrarily and without compensation vests any right to an exclusive use area, still registered in the name of a developer, in the Body Corporate free from any mortgage bond, if a developer ceases to be a member of the Body Corporate.

The Court in this case had to answer the question: What is the effect of section 27(1)(c), and whether the respondent can now hang onto these rights and do with them as it pleases, as if they ‘belong’ to, or are owned by it?  The Court found that when affording a contextual, purposive and sensible interpretation to the section one must bear in mind the mischief which it seeks to address which was to prevent the abuse of parts of the common property of a sectional title scheme, by allowing them to be used exclusively by persons or entities who are not supposed to be using them in terms of the sectional title plan.

In terms of the Sectional Title Management Act, the Body Corporate is responsible for the control, administration and management of the common property of the scheme, for the benefit of all owners, and not for itself.  As such the Body Corporate stands in a fiduciary, or at least a quasi-fiduciary position towards its members.

Both cases confirmed that a Body Corporate has merely been vested with these exclusive use rights in order to prevent the developer or previous owner from holding onto and exploiting them.  The Body Corporate therefore merely holds the exclusive use rights in a custodial capacity and is required to deal with them in the interests of the scheme and the members of the Body Corporate, in accordance with the intended allocation of these rights as per their designation and delineation in terms of the sectional plan, and not to advance its own interests.

It cannot be contemplated by law or otherwise that the Act provided the Body Corporate with a mechanism to attribute this perceived windfall to itself and demand compensation in return thereof.  It can therefore not enrich itself by charging compensation or withholding cession in respect of the exclusive use rights vesting in it, especially when the rightful entitlement is proven.

Contrary to the popular stance many Body Corporate Trustees and their advisors have adopted until recently, the powers vested in it by legislation can never extend to equate to those of property barons and should take head that these powers are never monarchical! 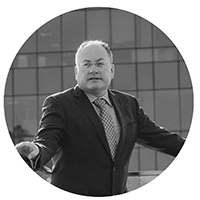 Stefan Le Roux is a corporate, tax and financial practitioner, proficient in tax implications and structuring of commercial and property transactions.

THE TIME OF OUR LIVES

THE TIME OF OUR LIVES

We use cookies on our website to give you the most relevant experience by remembering your preferences and repeat visits. By clicking “Accept All”, you consent to the use of ALL the cookies. However, you may visit "Cookie Settings" to provide a controlled consent.
Cookie SettingsAccept All
Manage consent

This website uses cookies to improve your experience while you navigate through the website. Out of these, the cookies that are categorized as necessary are stored on your browser as they are essential for the working of basic functionalities of the website. We also use third-party cookies that help us analyze and understand how you use this website. These cookies will be stored in your browser only with your consent. You also have the option to opt-out of these cookies. But opting out of some of these cookies may affect your browsing experience.
Necessary Always Enabled
Necessary cookies are absolutely essential for the website to function properly. These cookies ensure basic functionalities and security features of the website, anonymously.
Functional
Functional cookies help to perform certain functionalities like sharing the content of the website on social media platforms, collect feedbacks, and other third-party features.
Performance
Performance cookies are used to understand and analyze the key performance indexes of the website which helps in delivering a better user experience for the visitors.
Analytics
Analytical cookies are used to understand how visitors interact with the website. These cookies help provide information on metrics the number of visitors, bounce rate, traffic source, etc.
Advertisement
Advertisement cookies are used to provide visitors with relevant ads and marketing campaigns. These cookies track visitors across websites and collect information to provide customized ads.
Others
Other uncategorized cookies are those that are being analyzed and have not been classified into a category as yet.
SAVE & ACCEPT